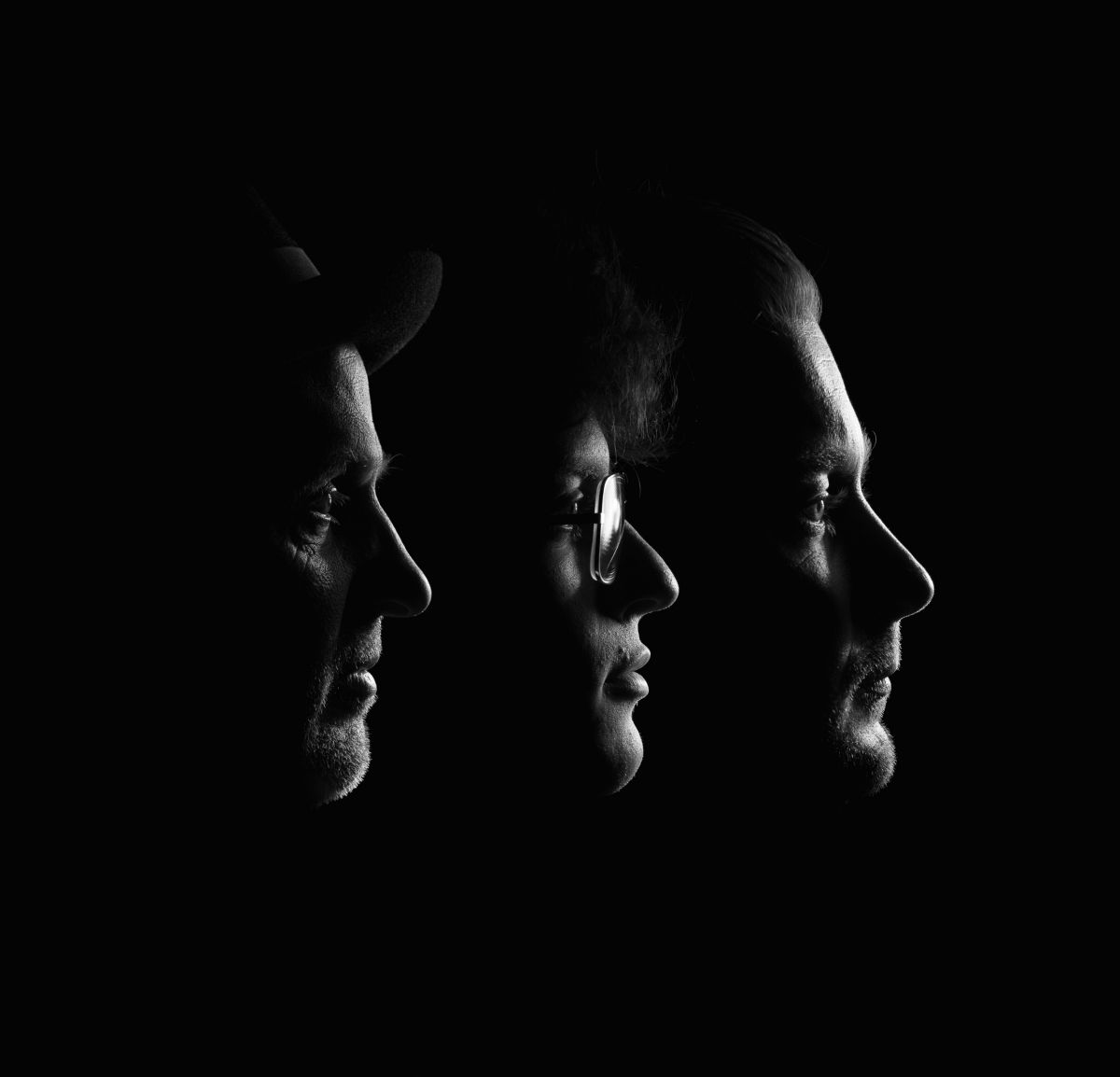 Magnus Dauner (GERMANY) – Drums/Percussion
Two languages and 2000 km are between their cultures. But this distance "Bosque Magico" melt to a own musical level.
In this line-up will be the Oboe, witch was till now mostly known in classical music appear in a new musical context.
Improvisations in from classical, Indian, balkan and pop music inspired compositions are new for this instrument and open a not often known sound universe.
Ralf Siedhoff takes the guitar more and more like a orchestra. Because of his unique way to work with his right hand, a melange of Flamenco and Jazz technic, the compositions became a very special grooving rhythm. A guitar whisperer, excessive and sensual concurrently.
The music is enriched by the versatile, spirited and intuitive drummer Lucas Rauch. 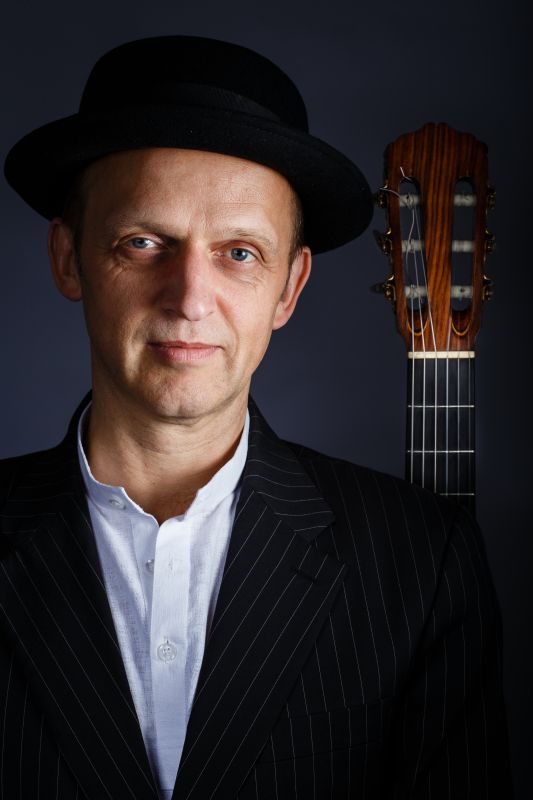 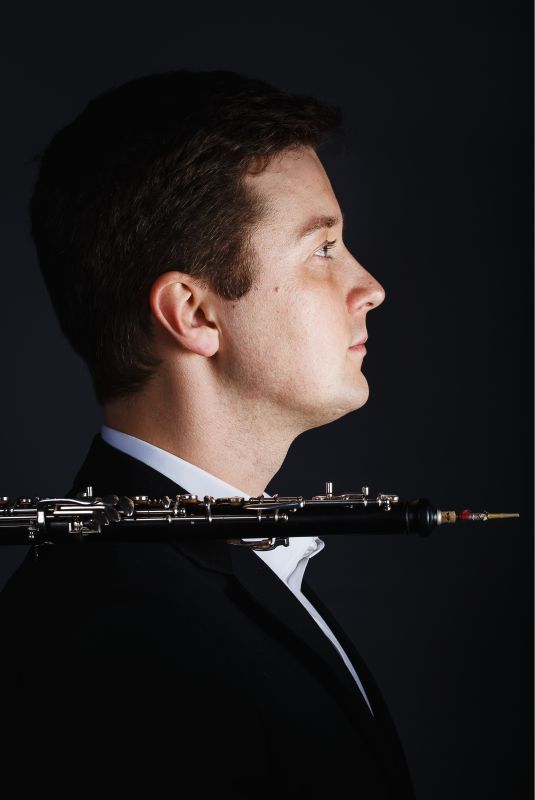 Mykyta Sierov (UKRAINE) – oboe
He began to study at the University of Music Franz Liszt Weimar in 2007  (Prof. Matthias Bäcker) and graduated in 2014 with a master's degree.
As an orchestra musician he played several concerts under the direction of Christian Thielemann together with students, professors of the HfM and the Staatskapelle Weimar. He gained further experience in the "classical field", e.g. in the "Kammerphilharmonie Leipzig", the "Philharmonic Orchestra Gera", the "Kammerphilharmonie Wernigerode" and at the Erfurt Opera under conductors such as Marek Janowski, Georg Biller and others, who were also associated with numerous guest appearances in Germany and abroad and partly by Radio Germany and the MDR were documented.
With various chamber music groups, he not only plays classical music, but also jazz and pop as well as his own compositions. As a soloist, he gives numerous concerts in Germany and abroad. 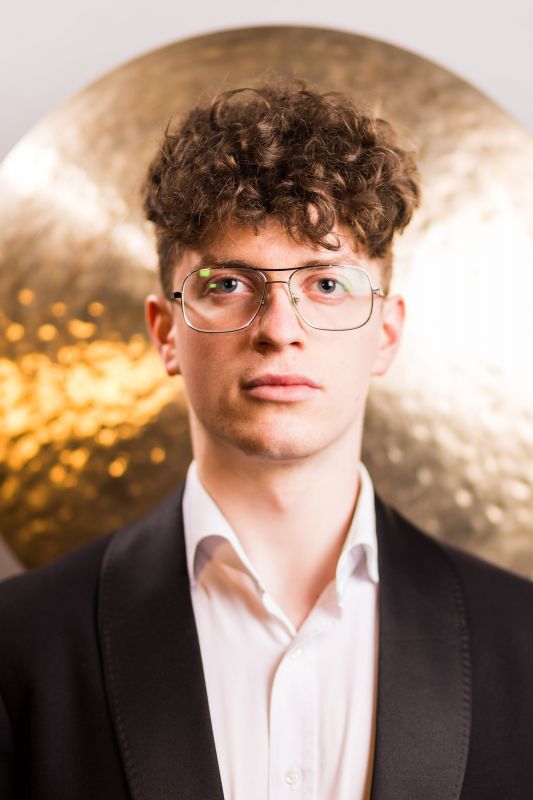 Lucas Rauch began playing drums at the age of 11. First he learned drum set, but a little later also classical percussion, with which he gained a lot of experience in brass bands (e.g. youth brass band Blechklang, brass band Hessen, brass band Saxony). In addition to this scene, the jazz scene also became more and more interesting for him. Since then he has played regularly in big bands, such as the Landesjugendbigband Thüringen, as well as currently in the youth jazz orchestra of Saxony-Anhalt.

Lucas is still a multiple award winner. Among other things, he won the German brass band championships with the youth brass band Blechklang in 2018, is a multiple awardee of "Jugend musiziert" (2017 and 2019), "Jugend jazzt" (2019), the "Deutsche Stiftung Musikleben" (2019) , the “Association of German Music Schools” (2019) and many others. 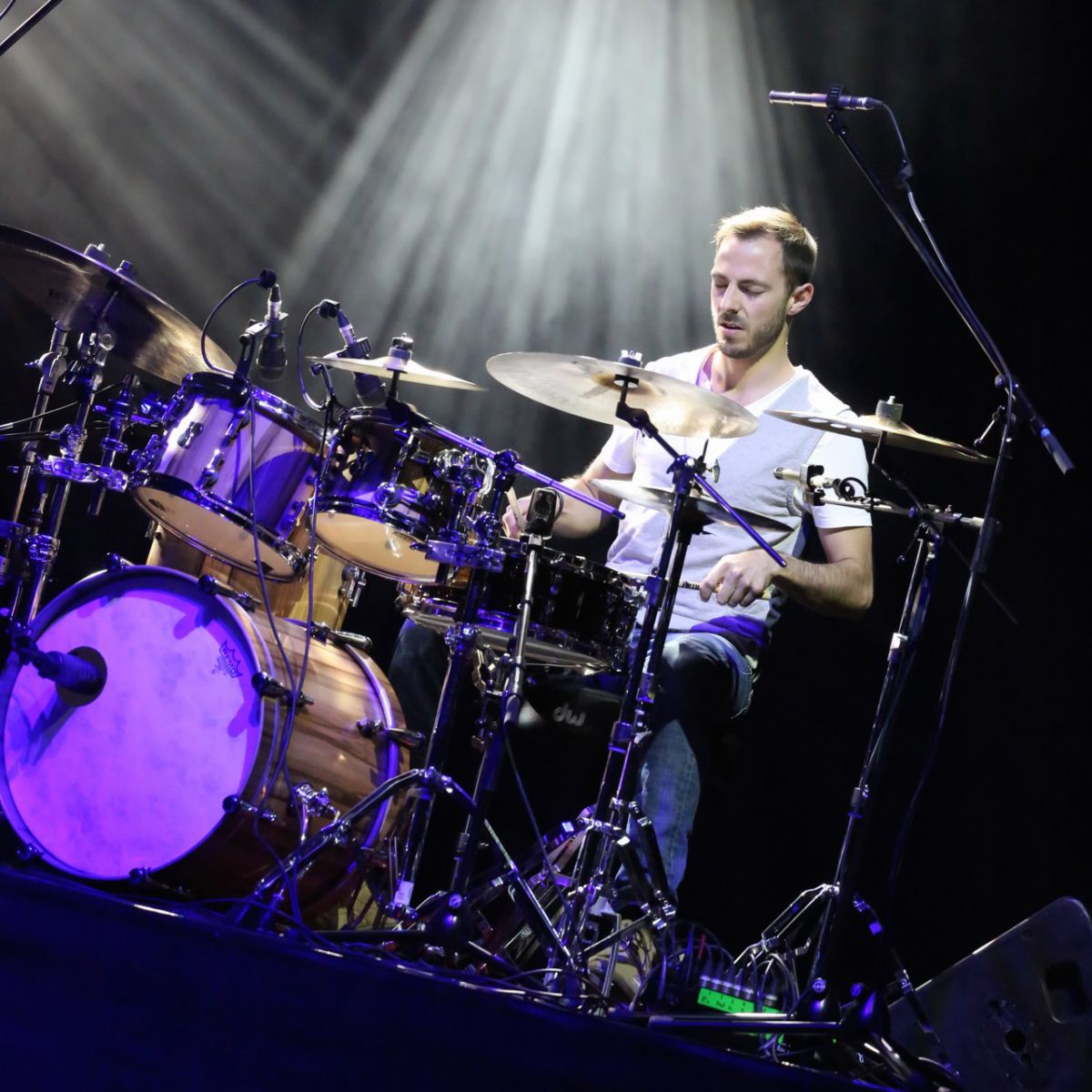 Magnus Dauner is a german drummer and percussionist. He holds a Diploma of Jazz and Education of „Hochschule für Musik und Theater“ Munich and is several times prize winner of the „Jugend jazzt“ competition. He was also part of the Bavarian Youth Big Band.

As a musician Magnus is working in various types of styles and genres and found his latest challenge in the south indian rhythm system. He is studying Indian Rhythm and Mridangam at the Karnataka College of Percussion in Bangalore/India. He was working with international jazz musicians such as Matthias Schriefl, Wolfgang Lackerschmid, Kai Eckhardt, Torsten deWinkel, Paulo Cardoso or Joo Kraus as well as german national known pop acts like Sternblut, Klima or Losamol. Over the years Magnus was playing concerts in China, India, Sri Lanka, Italy, Norway, Slovakia and France.
www.magnusdauner.com 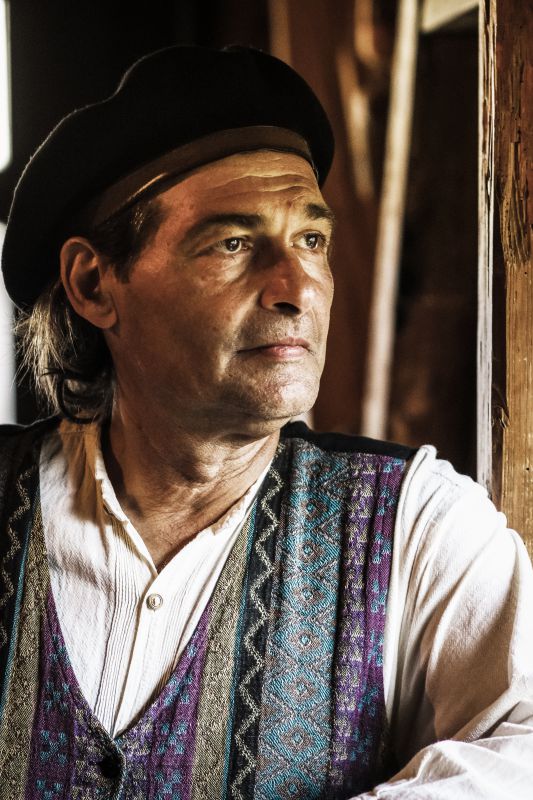 Born in Badalona, he received his professional training in Barcelona and Paris.
Session musician and performer in advertising spots, musical production, theatre, cinema, video clips and audiovisuals.
Teacher and specialist in the art of teaching and disseminating knowledge of rhythms and percussion.
Teacher of multi-ethnic percussion at the EMMB (Badalona School of Modern Music) since 1986.
Graduate in Modern Music and Jazz from the ESMUC (Catalan School of Music) 2010
Direct experiences with musicians, instruments and the musical traditions of Africa, Latin America and the Middle East, frequently performing in concerts in Europe with various groups and artists.
Eclectic percussionist and multi-instrumentalist, experienced in musical composition and production for theatre, artistic performance and dance.
Currently developing studies and work as a music therapist expanding the spectrum and power of music directing it towards the well-being of people in need of help in different areas of community social special education and health. 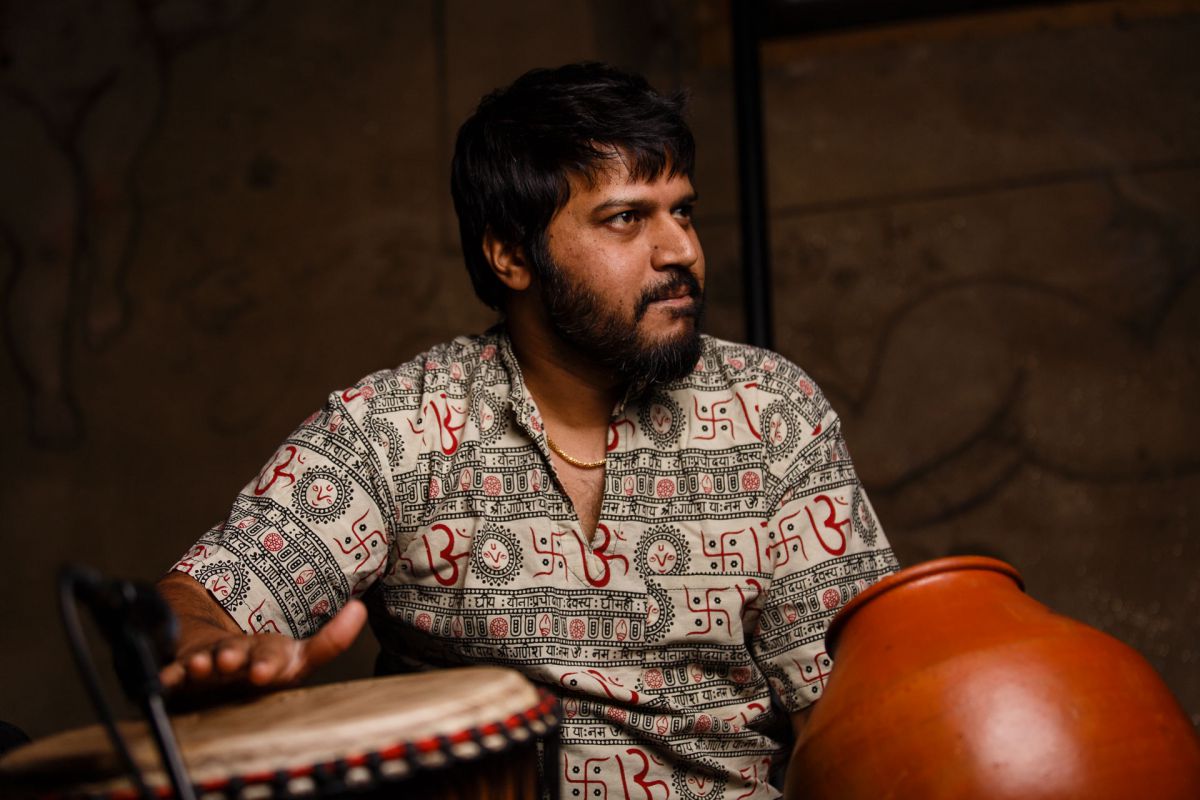 Karthik Mani hails from a family of musicians – his father, TAS Mani is a renowned percussionist of "The Karnataka College of Percussion", and his mother R.A.Ramamani is a reputed ground breaking Carnatic vocalist who has performed all over the world and has pioneered the genre of Carnatic-jazz fusion.

He is been performing concerts throughout India as well as abroad and has performed in various International Music Festivals all over the world.He is the first Indian percussionist to win the “Independent World Music Award” for World Fusion with “Lehera”.